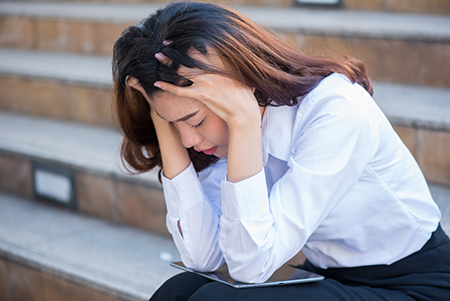 Many factors can increase the risk for suicide or protect against it. Suicide is connected to other forms of injury and violence. For example, people who have experienced violence, including child abuse, bullying, or sexual violence, have a higher suicide risk. Being connected to family and community support and having easy access to health care can decrease suicidal thoughts and behaviors.

Suicide is a large and growing public health problem

Suicide rates increased 33% between 1999 and 2019, with a small decline in 2019. Suicide is the 10th leading cause of death in the United States. It was responsible for more than 47,500 deaths in 2019, which is about one death every 11 minutes. The number of people who think about or attempt suicide is even higher. In 2019, 12 million American adults seriously thought about suicide, 3.5 million planned a suicide attempt, and 1.4 million attempted suicide.

Some groups of higher rates of suicide than others. Suicide rates vary by race/ethnicity, age, and other factors. The highest rates are among American Indian/Alaska Native and non-Hispanic White populations. Other Americans with higher than average rates of suicide are veterans, people who live in rural areas, and workers in certain industries and occupations like mining and construction. Young people who are lesbian, gay, or bisexual have a higher rate of suicidal ideation and behavior compared to their peers who identify as straight.

Suicide and suicide attempts affect the health and well-being of friends, loved ones, co-workers, and the community. When people die by suicide, their surviving family may experience shock, anger, guilt, symptoms of depression or anxiety, and may even experience thoughts of suicide themselves.

The financial toll of suicide on society is also costly. Suicides and suicide attempts cost the nation over $70 billion per year in lifetime medical and work-loss costs alone.

Suicide can be prevented

Suicide is preventable and everyone has a role to play to save lives and create healthy and strong individuals, families, and communities. Suicide prevention requires a comprehensive public health approach. CDC developed Preventing Suicide: A Technical Package of Policy, Programs, and Practices (also available in Spanish), which provides information on the best available evidence for suicide prevention. States and communities can use the technical package to help make decisions about suicide prevention activities. Strategies range from those designed to support people at increased risk to a focus on the whole population, regardless of risk.

Need help? Know someone who does?

Both are free and confidential. You’ll be connected to a skilled, trained counselor in your area.

You can also connect 24/7 to a crisis counselor by texting the Crisis Text Line. Text HOME to 741741.

Centers for Disease Control and Prevention, National Center for Injury Prevention and Control